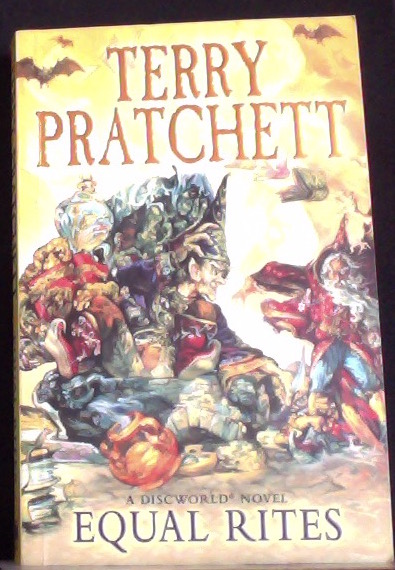 Very Good condition. Very light wear to cover and a crease where the cover opens, otherwise it looks unread. They say that a little knowledge is a dangerous thing, but it is not one half so bad as a lot of ignorance. The last thing the wizard Drum Billet did, before Death laid a bony hand on his shoulder, was to pass on his staff of power to the eighth son of an eighth son. Unfortunately for his colleagues in the chauvinistic (not to say misogynistic) world of magic, he failed to check that the baby in question was a son. Everybody knows that there's no such thing as a female wizard. But now it's gone and happened, there's nothing much anyone can do about it. Let the battle of the sexes begin... (Extract from the back cover).